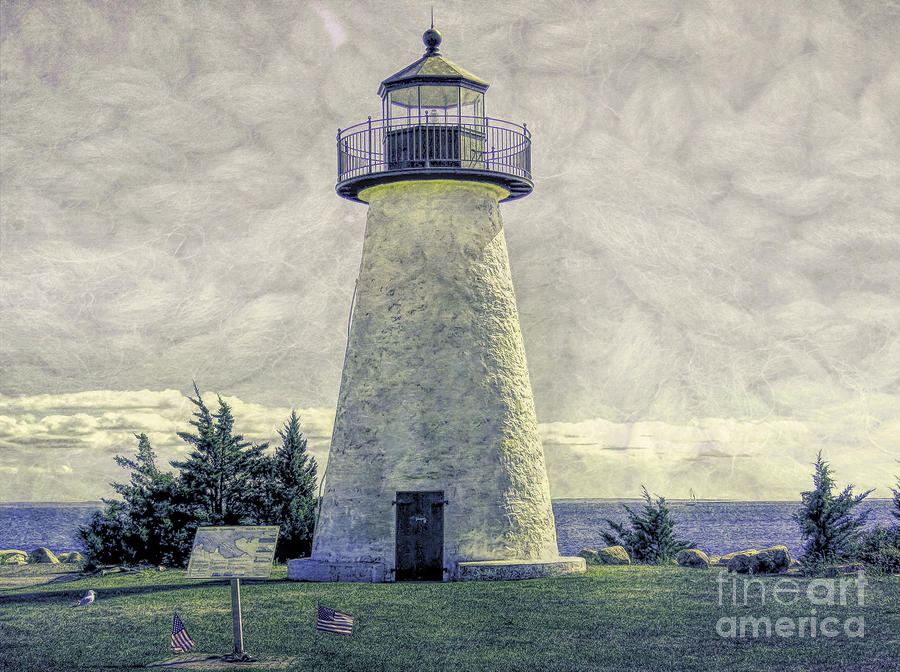 This photograph of Ned's Point Lighthouse in Mattapoisett, Massachusetts was given a painterly effect. It was taken on September 15, 2016.

For more information on the lighthouse, please read. "Ned Point Light is a historic lighthouse on Ned's Point Road in Mattapoisett, Massachusetts. The light was built in 1838 at a cost of $4,500. The stone from which was built was all found nearby.

There are 32 granite steps which lead to the lantern that are cantilevered without the use of mortar. The original stone keeper's house was loaded on a barge and taken to Wing's Neck Light in 1923. The light was deactivated from 1951 to 1963 after the land was sold to the town of Mattapoisett for use as a park.

Thank you to the buyer from Mattapoisett, Massachusetts for your purchase.

Congratulations on your sale of this wonderful artwork! F/L