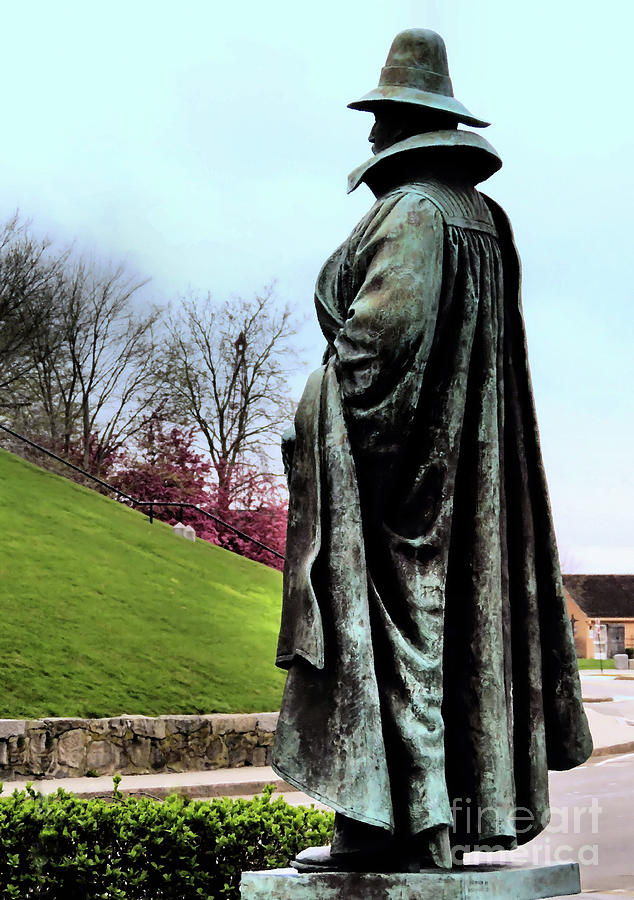 This statue of William Bradford, Governor and Historian of the Plymouth Colony in Massachusetts stands on the waterfront in Plymouth, Massachusetts. William Bradford was born in Austerfield, England in 1590. He was one of the original passengers who made their journey to America aboard the Mayflower in 1620. His most notable literary work is "Of Plimoth Plantation". He died in Plymouth, Massachusetts in 1657 and was buried on top of Burial Hill. The statue is the work of sculptor, Cyrus Edwin Dallin. (1861-1944). Photograph was given a painterly effect.

Featured in the group, Photography And Paintings Of Statues. Thank you, Michael.